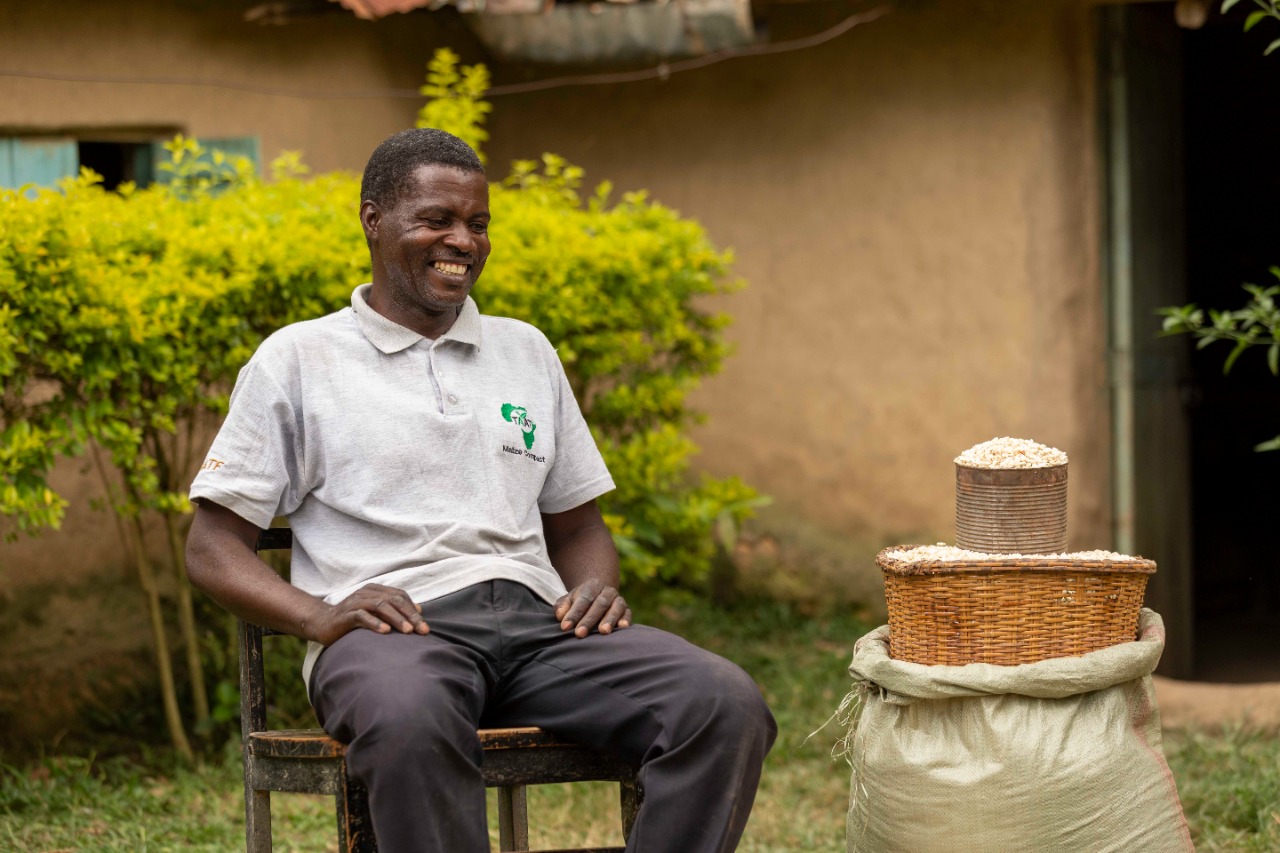 Growing WE1101 hybrid seeds has improved my life situation.

When he bumped into his former primary school classmate along the roadside way back in 2013, the meeting was meant to be a normal catch-up conversation between peers.

Having parted ways after finishing primary school in 1986, Stephen Melchizedek and Margaret Awinja had a lot to talk about. During their conversation, Margaret was keen to know what Stephen had been doing with his life after completion of school.

Unlike Margaret, Stephen could not proceed with his studies due to lack of school fees. This forced him to join his father in doing menial jobs to support the family. He would later find himself working as a small-scale farmer in his Shirembe village, Kakamega County.

At the point of their meeting, Margaret who upon completion of primary school had proceeded to Secondary school and thereafter acquired college education, was now working as the coordinator of Western Region Farmers Network (WEREFANET), a local Community-Based Organization (CBO) in Kakamega County.

“She introduced me to her organisation that was working with different groups of farmers across Kakamega County. Given my work as a priest and the influence I have in our area, she tasked me to bring together farmers to form a CBO where we could learn on how to improve our farming activities,” Stephen narrates.

Without hesitating, Stephen moved with speed and marshalled farmers through his local church and within a short period of time, Shirembe Tuinuke CBO was formed which he coordinates. The group was to be an affiliate of the larger WEREFANET that is headed by Margaret.

Shirembe Tuinuke CBO works with 41 farmers from the Shirembe sub-location and a total of 800 farmers from the larger Butere Sub-county. Stephen says that the members’ farming practice improved over time and they witnessed specific changes when they were introduced to the TAAT Maize project.

“In 2014 through WEREFANET, we were introduced to TAAT project which has really helped farmers from this region to improve on our maize production,” he points out, adding that as small-scale farmers, they used to operate with limited farming knowledge and poor agricultural practices. At 61, this father of four says that the TAAT Project trained all the Shirembe Tuinuke CBO members on the recommended good agricultural practices and changed their way of doing agriculture.

“Today he had a training organized by TAAT project on post-harvest management. Through such trainings, we have learnt how to handle, store and even transport our maize produce to the market,” he explains.

To help smallholder farmers like Stephen address challenges related to maize production, the African Development Bank (AfDB), launched the Maize Compact of the Technologies of African Agricultural Transformation Project (TAAT Maize Compact) in 2018, with AATF as the lead implementer to scale out and disseminate water-efficient and other climate-smart maize varieties and complementary technologies across 11 countries in Africa.

Since 2014, Stephen has planted the WE1101 maize variety that is being promoted under the TAAT project. He prefers WE1101 over local varieties he has been planting over the years due to its first maturity and good husk cover on the cob that protects the grain from damage by birds and strong stems.

“The best thing about this maize is that it is sweeter than the other varieties, the maize plants are strong and so they are not affected by wind or heavy rains, their cobs remain closed until harvesting time,” he says.

He explains that during the second planting season in 2020, he harvested 11 bags of maize from his quarter-acre land. This is a far cry from the three bags of maize he used to harvest before he started using hybrid seeds.

Stephen later sold six bags at Ksh 2,200 (approximately $ 22) each with the proceeds going towards paying school fees for his daughter in high school. He kept the remaining five bags for family consumption.

He quickly points at the cow he recently bought from the sale of maize produce from the harvest of the first season in 2020.

Stephen’s story mirrors those of his group members who testify to how their livelihoods have improved since they started using the WE1101 hybrid seeds. The varieties are water-efficient, tolerant to moderate drought, and fast maturing. The maize variety was approved for commercial release to farmers in 2013 in Kenya under the trademark DroughtTEGO.

“Implementation of this toolkit will significantly improve the productivity of maize production,” he explains, adding that the goal is to create more demand for these maize technologies and improve household incomes.

Experts predict that with global changes in climate, regions such as East Africa are likely to be disproportionately affected by drought, making the need for resilient seed varieties paramount to improve farmers’ livelihood.